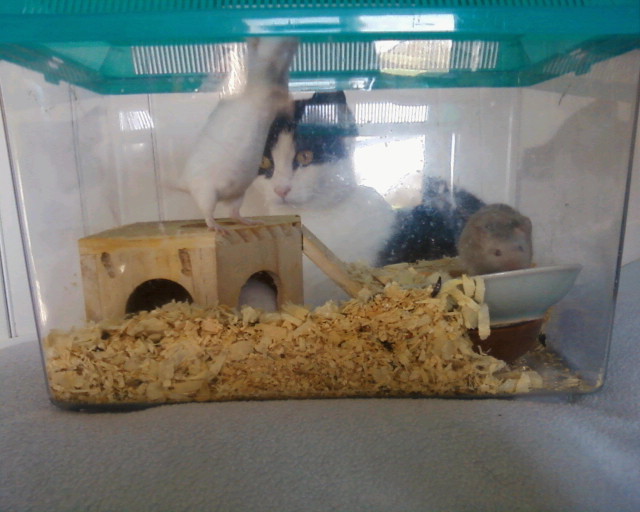 I know, I’m the most inconsistent blogger in the history of bloggers. May as well be the best at something! Here goes, my first post since March:

Yesterday, I awoke to the quietest Easter I’ve had since having children. Both teens were out of the house, having spent the night elsewhere. Husband slept on. First thought: Do I get to keep the chocolate bunnies I would have given my children yesterday morning? Second thought, good God, look at all the ants swarming on my kitchen counter, avoiding the well-placed poison and carrying the crumbs that I thought I’d cleaned up. Apparently, I am about as consistent of a housekeeper as I am a blogger. This is not a photo of my actual ants, but you get the idea:

I cleaned up the ants with boiling water. Then it was time to deal with the other critters: one dog and two cats circling my feet, demanding their due. I always change their water first.

That’s when I saw the most despised critter of all (or so I thought until I got to my daughter’s bedroom, but that comes later). There was a nasty centipede drowned in the cats’ water bowl. As a tried and true arachnophobe, this was right up my alley of terror. I let the cats drink from the bowl all day and left the creepy crawly for about six hours until I got up my courage enough to toss it down the kitchen sink and run the garbage disposal at full throttle. Here’s another not actual photo but it looked just like this, I swear. Even dead and drowned and at the bottom of the water bowl, it still looked just like this:

Could the day get any creepier? Apparently, yes. I decided I had to retrieve my favorite gray spaghetti-strap tank top from my teenage daughter’s room. The horror! The mounds of clothing! The piles of paper! The candy wrappers and iced tea cans. The odd scritch-scritch noises coming from her under-the-bed clothing drawer! What?!

Against my better judgment, knowing I probably shouldn’t investigate, I delved further. One of the cats and I discovered mice: three of them, living in a small plastic cage in said daughter’s jeans drawer. This is an actual photo, which I took after I stopped screaming: “Rats! Rats in her room!!” (because at first I only saw the white one with red eyes).

I called my sister who lives across the country becuase after all, she is my big sister. I told her what I’d found.

“I put them back in the drawer.”

“That’s cruel. Get them out and give them food and water and sunlight.”

So I went back upstairs and got them out again. I lowered in a small bowl and poured the water in after. Then I momentarily panicked. “What do mice eat? What do mice eat?” Duh! Cheese! So I gave them cheese and also some lettuce, just in case they needed roughage.

The cat was happy to see them back out of the drawer, but I had to lock them in my bathroom because wherever I set the cage down, the cat was right there attempting to liberate them from their prison.

The quiet Easter stayed quiet after that except for the dog escaping from the yard, leading me to walk around the neighborhood, calling his name, half certain I’d lost him forever, which I’m sure is why I had the dream that drove me from my bed this morning. But first, the Apocalypse.

Husband and I didn’t speak all day. No need. Kids were gone so nothing to discuss regarding discipline or which teen cleaned out his wallet. Eventually, we reconnected for dinner. “Let’s go out,” he said, looking at the non-existent Easter feast that I had thoughtfully not cooked. I made chocolate macaroons just to try out the recipe and because somehow shredded coconut seemed very Easter-ish. Shame that I used wax paper instead of parchment, and they all melded themselves to the wax, but that’s a story for another day.

We drove to the next town over. “Wow!” I said, “did I miss an apocalypse? Zombie or otherwise?” No cars on the roads, no people walking. Empty and quiet. Perfect!

“It’s Easter,” he explained, which made more sense than my apocalype theory. Plus there were clearly no zombies roaming.

The first restaurant we tried was closed. The second one was . . . if I may use the word again . . . perfect. We walked right into the cozy bar with the stunning views of the Merrimack River, classy high-top tables, three stooges playing endlessly on one TV and three other TVs playing an opening Red Sox game. This is a bar we can’t usually get a table in unless we arrive at 4 in the afternoon, know someone who works there, or slip someone a bribe that amounts to more than the quarterly royalties from my book sales. And we had it nearly to ourselves. Dare I say it a third time, perfect!

It was the end to a strangely quiet day that should have contained no creature more interesting than a chocolate bunny.

The last thing I was dreaming this morning before I sprung out of bed to greet the day-after-Easter was that Justin Bieber had possession of my beloved dog. He’d been arrested, the Biebs, not the dog, and somehow, I had to go rescue my dog from his house, the Beibs’ house, not the dog’s. I knew there would be bodyguards and people who would doubt the dog was mine. So I decided I had to take my secret weapon, my teenage son with his black belt in kung fu. And then I woke up.

And that’s why I entitled this post the way I did.

Best wishes to all of you and, as usual, happy reading!