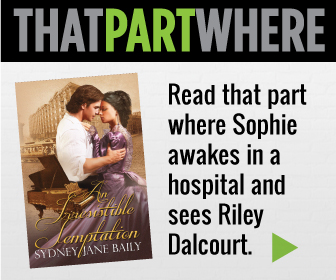 A site that hasn’t been around too long, maybe a few months, called That Part Where, featured a scene from one of my books yesterday. The site’s premise is that readers might like to read an excerpt that isn’t just the first 15 or 20% that shows up on most retail sites.

Instead, the author chooses a scene that is exceptional in some way or integral to the story and shares it with the site’s visitors.

I chose That Part Where Sophie wakes up in a San Francisco hospital with Riley by her side and discovers she’s had an unfortunate injury that could devastate her career as a classical pianist.