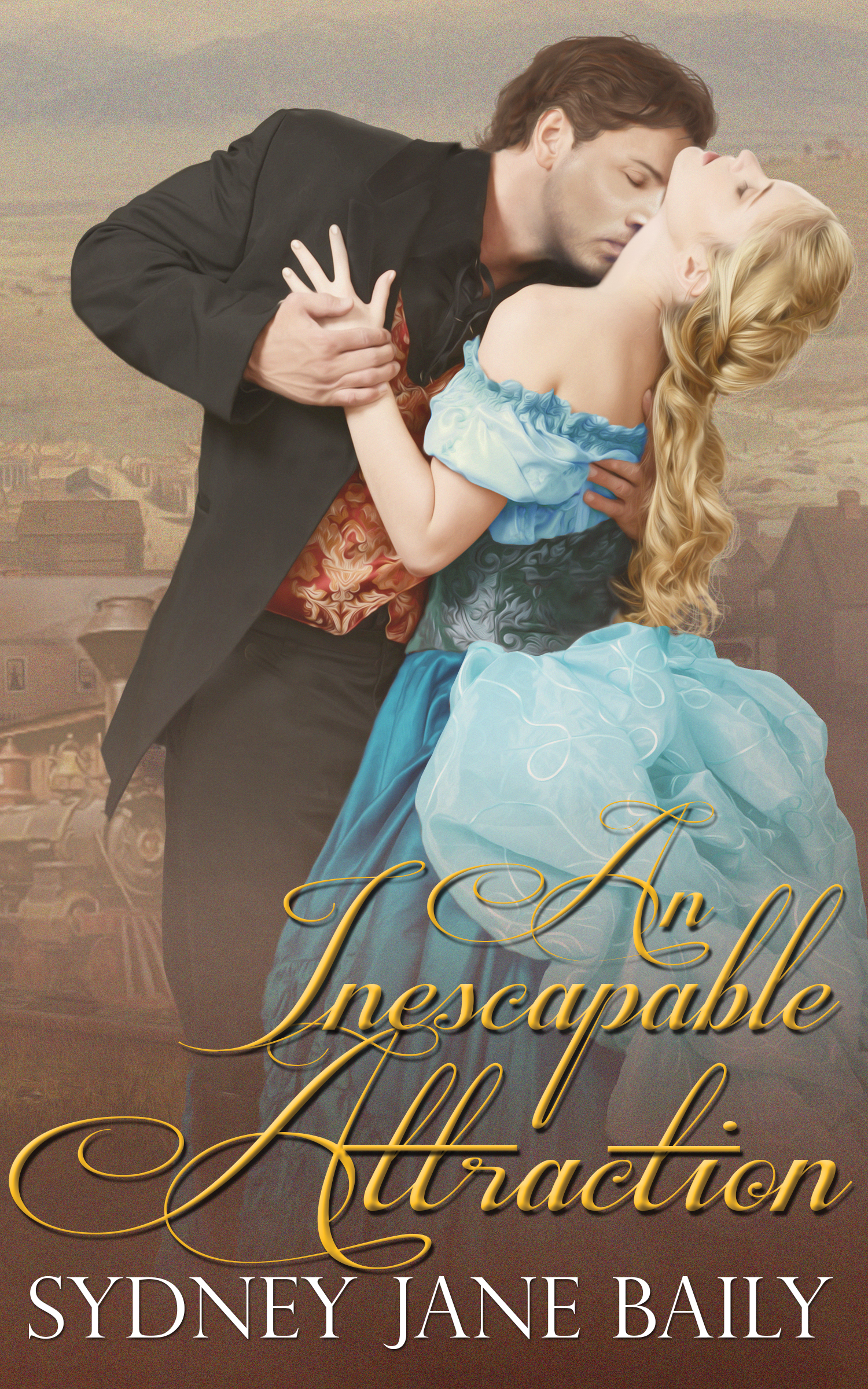 First off, though I seem to live in the quietest, unvisited area of the Internet (why, my website is nearly listed as a “best-kept secret”), I’m finally getting some spam. So my invisibility must be wearing off a little. How delightful!

OK, enough clowning around. Finally (and I do mean, finally, because I felt as though this book was done ages ago), the third in the Sanborn-Malloy series is out, An Inescapable Attraction. It tells the story of the adventuresome Thaddeus Sanborn and the equally daring Eliza Prentice. I love them both. Here’s their beautiful cover by Dar Albert at Wicked Smart Designs.

Summary of An Inescapable Attraction by Sydney Jane Baily:

In a year of roaming the West, angel-faced, sharp-tongued Eliza encounters a world of card sharks and low-life gamesters, all the while trying to forget the searing brand of one man’s fiery kisses. In a dangerous game of high-stakes poker, she tangles with the wrong gambler and finds herself in a heap of trouble. With heartache haunting her relentlessly and a killer on her trail, she has no choice but to run.

Thaddeus Sanborn has always had a weakness for the girl he calls Ellie. Even though she cut him to the quick by getting engaged to his childhood friend, she’s the only female who’s ever kept his interest smoldering at a scorching level. When she steams unexpectedly into his carefree life, derailing his plans for getting rich, he’s stunned by the trouble that accompanies her. But he’ll do just about anything—even kill—to protect her.

Dangerous men, Indian trackers, and wanton women populate the landscape—while steam trains, swift horses, and a lively riverboat keep Eliza and Thaddeus on the move. Though they do their best to escape the peril that’s always merely a hoofbeat behind, they can never run away from their own Inescapable Attraction.

All three books are currently in the exclusive Kindle Select program with Amazon. This book is available for purchase by clicking here. The paperback is not yet out. Soon, however. Fingers crossed.

Back to work. I thought this was a trilogy, but Reed Malloy’s youngest sister, Rose, started clamoring for her own story a couple days ago. I’m not kidding! Oh, the voices in a writer’s head. Scary but good.

I hope you’re all having a wonderful December.

One thought on “New Release — An Inescapable Attraction — and Some Spam!”